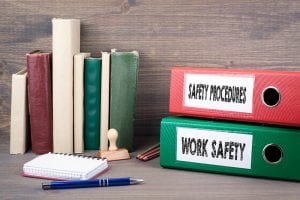 The gig economy and safety, health and welfare

In simple terms the gig economy is usually seen as any economic activity that involves the use of temporary or freelance workers.
We often think of Taxi and Uber (not common in Ireland) drivers or the cyclist/motorcyclist delivering our food, the latter coming into their own since and during Covid-19. Each piece of work is analogous to an individual ‘gig’, i.e. a one off for us, the customer, but many gigs during a shift for the ‘worker’
Gig workers tend not to be employed directly by companies per se and instead work as independent contractors or specifically self-employed and get the work as its available.
In 2019, the Irish High Court found in favour of the Revenue Commissioners that delivery drivers of a pizza franchise should be classified PAYE ‘workers’, despite the fact the contract was a contract for services It was the first major judgment in this jurisdiction on the gig economy, particularly bringing the word ‘worker’ into the frame.
The line between ‘employee’ and ‘worker remains obscured and has remained so, until that is it seems, a recent court case in the High Court in London in November 2020.
The Independent Workers’ Union of Great Britain (IWGB) had sought a judicial review in which the judge agreed with the IWGB that the UK government had failed to transpose into UK law council directives 89/391/EC – the Framework Directive – and 89/656/EC – the PPE Directive.
Judge Martin Chamberlain ruled partly in favour of the judicial review brought by the IWGB, after concluding that the EU’s use of the term ‘worker’ in key health and safety directives include those who work without an employment contract.
He also found against the U.K. Government which focused on the rights of workers to refuse to work because of a perceived danger and the use of PPE, as they weren’t covered, they claimed, by safety and health legislation.
The question for the judge focused only on whether the U.K. had properly implemented EU law, which is binding until Dec. 31. The judge said he was not required to consider whether individual businesses were doing enough to protect their workers – the legislation, if amended, would cover all ‘employers’.
The workers’ union, which was founded in 2012 and has approximately 5,000 members, represents drivers of taxis, private hire vehicles, coaches and vans. The Union had taken the case because Covid-19 had brought about the need for health and safety measures to be implemented, as set out in EU directives.
The Department for Work and Pensions and the Department for Business, Energy and Industrial Strategy had argued that the EU’s definition of work extends only to those ‘employed by an employer’, or under contract of services, which had properly been transposed into domestic law.
In Ireland, the decision of the High Court in the UK may have implications, i.e. in the Safety, Health and Welfare at Work Act 2005, the definition of employee is;
“employee means a person who has entered into or works under (or, where the employment has ceased, entered into or worked under) a contract of employment [authors emphasis] and includes a fix-term employee and a temporary employee and references, in relation to an employer, to an employee shall be construed as references to an employee employed by that employer;”
It remains to be seen how Irish Trade Unions will react, for example, as the Mandate Trade Union explains,
…But gig workers are also across other sectors, they are the” pickers” in warehouses and distribution centres, the home-helps paid per client visit, they’re the accommodation staff in hotels paid per bed or room cleaned. They all have one thing in common – they have to race to make an income.
The jobs they perform are broken down into units of time. They have no legal rights as employees because they are so called self-employed. They are on every construction site in the country often not realising they have been deemed self-employed by the main contractor until they get their first week’s wages, which will not have any employee tax or PRSI deducted. They, like the employees on precarious contracts in retail, are at the coalface of the race to the bottom. Source https://mandate.ie/2018/02/gagging-on-the-gig-economy/
Will a case be taken in Ireland, collective or individual, so that those that ‘have to race to make an income’ are covered by section 8 of the Safety, Health and Welfare at Work Act 2005, amongst other sections?
Welcome any thoughts.